Cancer management has seen a lot of challenges over the years, ranging from the implementation of remedies which may not have gone through the due clinical trials, to techniques which have even more severe side effects than the cancer they are intended to treat. Cancer biologists and other researchers have dedicated resources with the aim of improving the methods used in the management or treatment of cancer yet cancer remains a major cause of mortality worldwide. It is not clear what may lead to this, but it is likely scientists have been misdirecting their focus.

In an article, James DeGregori, a professor in Biochemistry and Molecular Genetics at the University of Colorado’s School of Medicine, criticized a number of scientists for making their assessment of cancer risks mutation-centric. The scientists attributed predisposing factors of cancer such as smoking, aging, environmental factors to have impact on the selection for mutation. DeGregori argued that, it could be that the predisposing factors actually impact the tissue micro-environment that the cells dwell. DeGregori, whose lab has been researching on the origin of cancer for the past 17 years stated for example that, “While other people will think about aging as the time for mutations to cause advantageous events [for cancer] in cells, we see aging as a very different process. It’s not about the time you get mutations—you get many mutations when you’re young. It’s the tissue environment for the cells that changes dramatically as we age. Those new tissue environments basically stimulate the evolution. So the evolution isn’t a process that’s limited by the mutation so much as a process that is limited by micro-environment changes.”

In 1992, antitumour activity of recombinant IL-2 was approved for treating patients with metastatic kidney cancer after just a minimal clinical trial, without performing any placebo controlled randomized phase 3 studies. Patients on IL-2 therapy had severe side effects like profound hypotension, acute renal injury, and many other metabolic disturbances. A similar incident in 1998, where IL-2 was employed in treating patients with melanoma and many other rush decisions scientists and policy-makers show the desperation in the quest to combat cancer.

The fight could be close to having a breakthrough now. The breakthrough would not be fighting cancer cells but rather focusing on improving the micro-environment in tissues. 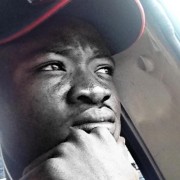 Alexander Kwakye is a graduate student in Biomedical Science. He is passionate about using research and entrepreneurial skills to improve human health.Aside biomedical science, Alex writes about society, politics, evolution and origin of life. Connect with him on twitter @AlexRepgh

Simplicitas: The pathogenesis of covid 19